This chart breaks down the positions you need to teach your dog. It also reflects the distance at which the positions will need to be performed.

It also includes the commands that you need to emphasize when teaching these skills. Although the rules allow us to use a verbal command and a signal, there is a benefit to emphasizing the signal for the position changes that you will ultimately perform in Utility and emphasizing the verbal command for the position changes unique to the Command Discrimination exercise. 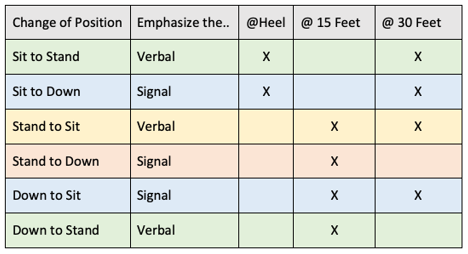 Teach the position changes in the following order:

1. Stand to Sit- Your dog undoubtedly knows this position change. You taught it to him as soon as you got him!

2. Sit to Down- In order to give your dog an idea that you want him to lie down, do this for a few days before going to...

3. Stand to Down- Using a platform, you can teach your dog to go down without moving forward.

4. Down to Sit – Using the platform, you can show your dog how to sit up from a down without moving forward

Sit to Down
When a dog lies down in heel position, he will naturally do so by walking his front feet forward. This may result in his being slightly ahead of heel position. The rules say that amount of movement should not be penalized. However, our goal should be to teach this change of position with minimal forward movement.

If you point straight down, you may find that your dog moves forward very little and does not rollover on his hip. It is preferable for your dog to stay in a sphinx-like down because it will be easier for him to move into a sit or stand.

Stand to Sit
Undoubtedly, your dog already knows this position change. He probably learned it as a puppy. He knows how to do this on a verbal command, so continue to emphasize the verbal command with little or no signal. If you want to use two syllables, try "you, Sit!" as using your dog's name may cause him to move toward you.

Stand to Down & Down to Sit
Try to use the technique demonstrated in the video in the free Digital Obedience Guide Tricks that Transition to Obedience Exercises.

Begin with your dog standing with his front feet on a platform. Moving the treat from the dog's nose to his toes will show him how to lie down without creeping forward. Next, lift the treat over his head to encourage him to back his front feet up and off the platform ending in a sitting position. This is important because dogs that bring their rear end forward on the sit command can more easily start scooting forward when distance is increased.

Try to avoid asking your dog to stand from a sit when he is sitting behind a platform because it will encourage him to step forward onto the platform. That forward movement could become walking when distance is increased and the platform removed.

Down to Stand
It is typically fairly easy to get a dog to "stand up" from a down when offered a treat. If your dog will lie down, keeping his front feet on a platform,  he will probably stand up keeping his feet on the platform as well.

A Word of Caution:

STAY CLOSE as you begin working on these skills.

Teach each change of position carefully before adding distance.

LEARN MORE ABOUT THE OBEDIENCE ROAD 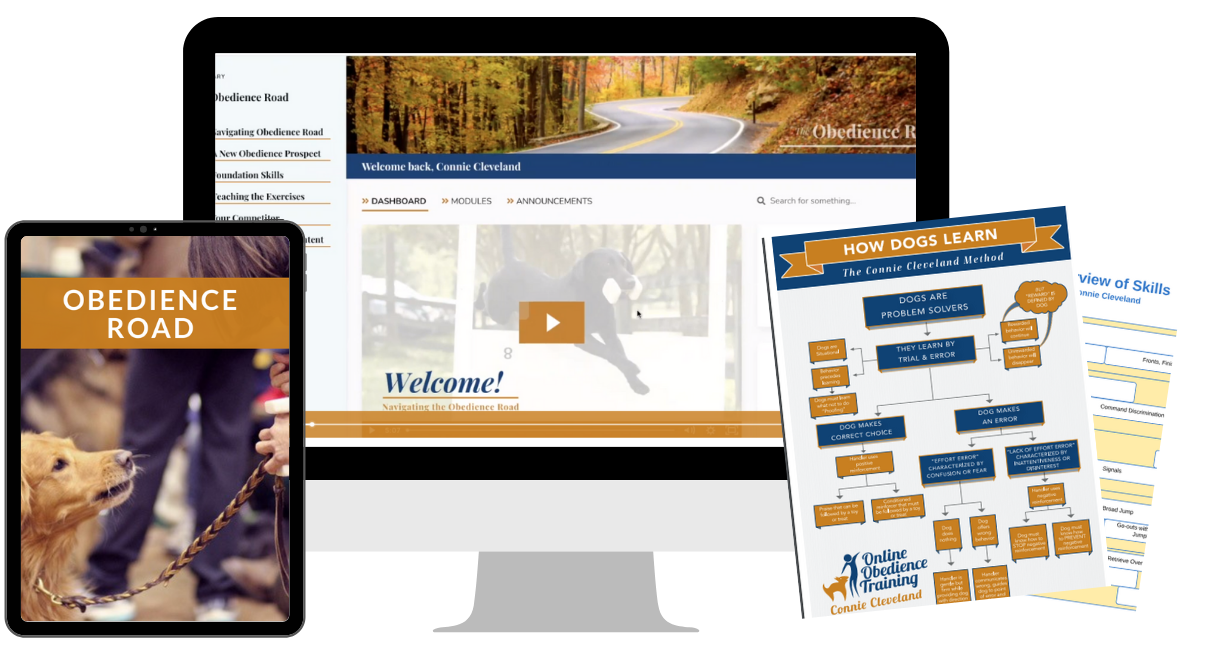 A complete online membership program with everything you need to succeed at competitive obedience. 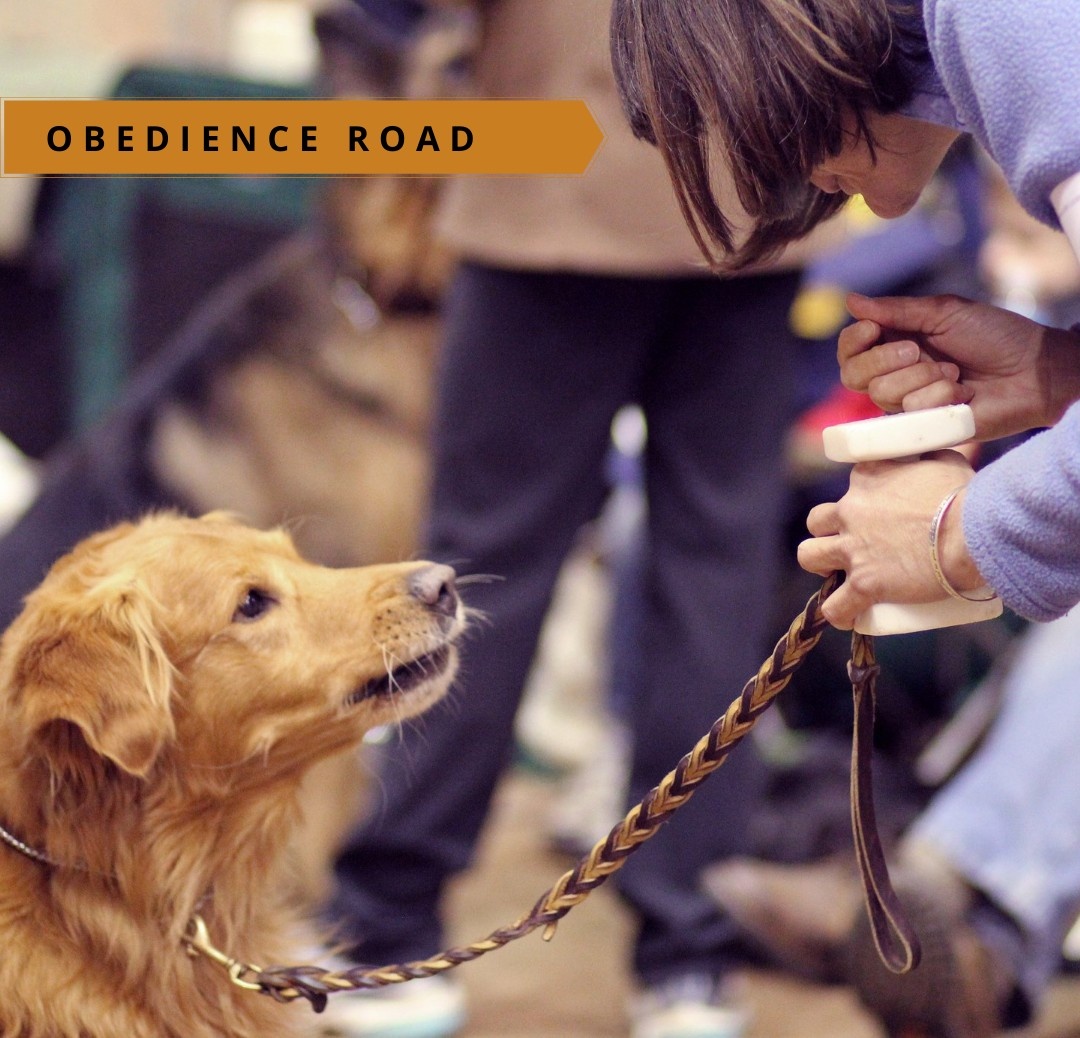