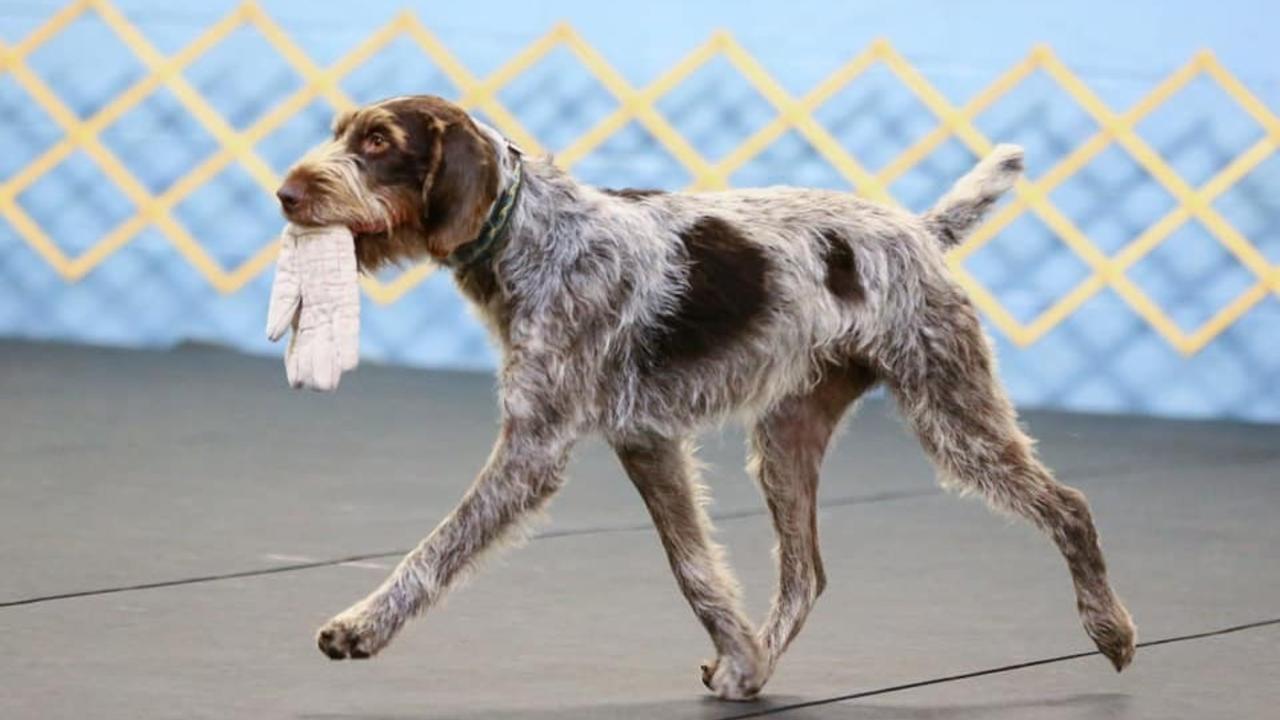 A friend called the other night to tell me she'd gotten her third UD leg. "I'm going to start entering Open and Utility now, and I'd like to try for UDX legs." She told me.

"Hold on," I told her, "Your dog deserves to get an Obedience Trial Championship, why are you making your next goal a UDX?"

"Well, I'd like to get an OTCH, but I've never done it before, and I'm not sure we can, so I thought I'd get my UDX and then see how we are doing."

This is a very common attitude. There is some fear associated with making an Obedience Trial Championship the training goal. After all, it's generally a tough road and certainly takes a commitment to train, travel, and persevere. Many people don't want to admit that they would like an OTCH as it sounds rather elitist. After all, if they never claim it as a goal, then if they fail to reach it, no one will know!

Furthermore, there is a common perception is that a UDX is more attainable. Since it goes at the end of the dog's name, it seems that AKC expected us to earn a CD, then CDX, UD, UDX and finally the more elusive OTCH.

Certainly there are dogs that are capable of a UDX, and perhaps not capable of earning an OTCH. However, if an OTCH is your ultimate goal, there are pitfalls to pursuing the UDX first.

First, to get a UDX leg, you must pass both Open B and Utility B at the same show. By the very nature of the title, as trainers, we lower our standard and begin to ignore small errors. After all, "he passed!" This attitude will come back to haunt you! Sure, you will get a UDX, but you will also have allowed your dog's performances to become sloppy. After the 10th UDX leg, you may have even accumulated 30-40 OTCH points, but you will also be staring at a number of common problems that develop, such as sloppy heeling, crooked or short go-outs, and slow returns that will be tough to overcome.

Secondly, earning your Utility title is a great start. However, it takes more than three qualifying scores for your dog to be comfortable performing in the Utility ring. To earn a UDX or an OTCH, he must be able to pass the Utility class consistently. If you immediately start entering Open, you may "waste" a lot of good Open performances on days that he fails Utility. Furthermore, before you begin to consistently qualify in Utility, you may develop common problems in the Open class like anticipating the Drop on the Recall creeping forward on Command Discrimination.

Developing problems in Open is not uncommon because all your training time will be spent trying to sharpen the Utility exercises, and Open exercises are practiced as an afterthought! All of a sudden you can pass the Utility class, but Open has fallen apart!

Recently, a good friend came to me with her new Utility dog and told me she wanted an OTCH. I must admit I was skeptical. Her dog is not a natural obedience dog, largely because his body structure makes it tough for him to heel smoothly and sit squarely. I was not sure whether he would be capable of an OTCH title. However, I explained to her that if the OTCH was the goal, then she needed to concentrate on Utility only. Our goal was to make him as competitive in the Utility class as possible. I asked her to make her goal 50 OTCH points (1/2 of the required number) out of the Utility class, before she entered the dog in Open. If 50 points could be earned, the dog has proven that he is a competitive Utility dog, and surely the remaining points, as well as the necessary Open B win could be obtained. Our strategy worked. He has since been retired, both with an OTCH in front of his name and a UDX behind it!

Remember, the OTCH point scale is higher in the Utility class. You earn almost one point for every dog defeated. Furthermore, there are generally fewer dogs doing really well in Utility than in Open. Even the most competitive dogs fail Utility more often than Open.

There is nothing quite as satisfying as having a great Utility dog, one that not only passes more than 80% of the time but does so with good, if not great scores. If your dog can pass Utility, and do it well, the OTCH points will come your way.

Imagine the relief you will feel pursuing a UDX after you have your OTCH! His qualifying rate will be much better because you never lowered your standard "just to pass," but instead continually demanded that he do obedience well. Furthermore, the pressure is off! Once you have an OTCH in front of his name, whether or not he sports a UDX after it will be of less importance, and therefore less nerve-wracking for you to pursue.

So, what is keeping your dog from being a really competitive Utility performer? Does he consistently do his signals quickly and attentively; does he hurry back on his returns with the articles and gloves? Are his go-outs consistently straight? Concentrate on perfecting your Utility performance and you will be amazed at what you can accomplish!