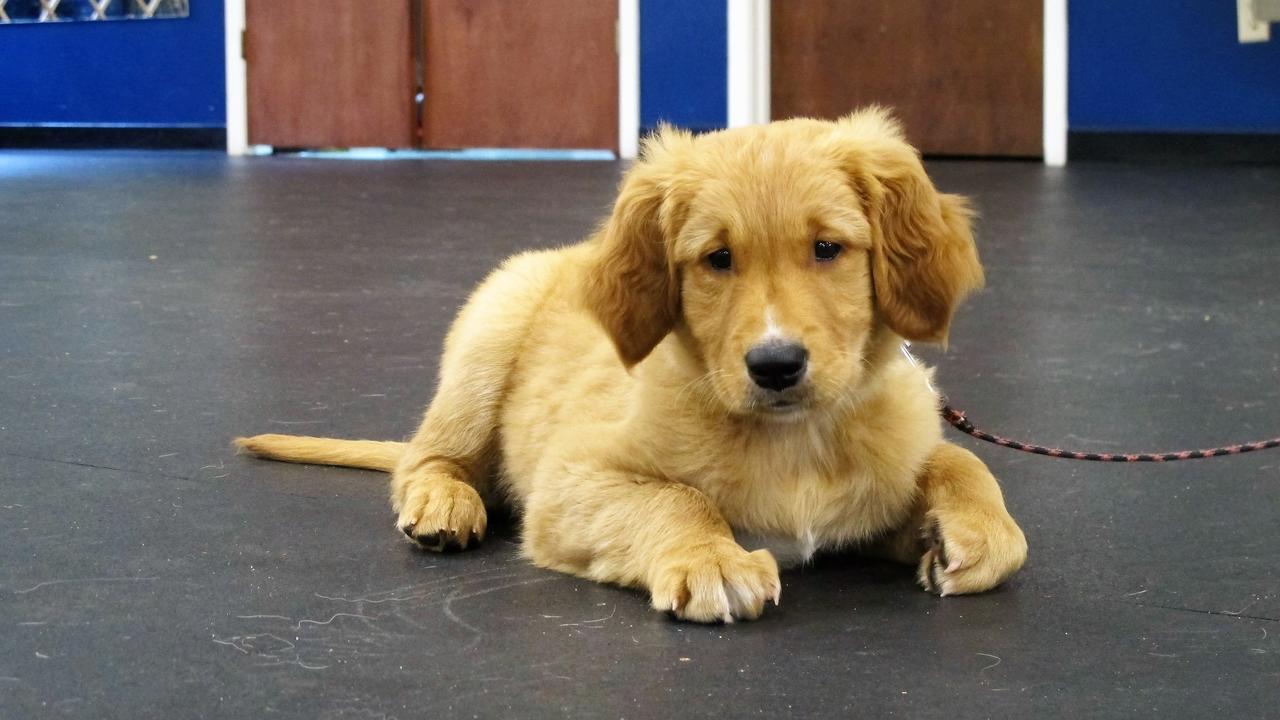 Early in my career, I became involved in training service dogs for the physically handicapped. I have trained dogs to pick up dropped items, pull wheelchairs, open and close doors, operate light switches, and a variety of tasks specific to the disability of an owner.

One of the organizations involved in our field boasts of teaching each dog over 90 commands. This sounds amazing, however on further investigation, the list of commands contains dozens of commands that are redundant or have little to no meaning. For example, a different command is used when the dog is opening the door and when he is closing the door. However, this is the same action for the dog. His job is to grab a string and pull the door. It doesn’t matter to the dog whether the door is opening or closing.

For example, I use the command “Kennel” to mean (a) get into your crate, (b) get into that kennel run, (c) get into the crate in the van, and (d) get into the kitchen. I do not need four commands for four different situations. It is all the same action to the dog. He should walk or jump into the space I am pointing to.

How many commands does your obedience dog need? Do you have extras?

So, how long does your list of commands need to be? In general, obedience enthusiasts use far too many commands. The sport is not so complicated that we need a glossary of terms for the dog (not to mention the handler) to study and memorize!

Your dog needs to learn commands that indicate to him what position you want him in such as:

He also needs to learn some commands that indicate what action you want him to take.

I can already hear your objections. You think that I forgot “STAY!” and “WAIT!” The list doesn’t need to include these commands. I don’t need a stay command. When I tell my dog to get in a position such as a sit, he should do so until he’s told to do something else. The obedience regulations allow us to say “stay,” so we say it out of habit and tradition. But, a stay command is not necessary for the dog after we’ve given it a command to get into a position.

The second objection generally involves the use of the word heel. Heel serves two purposes. It names the position next to me. When I tell a dog heel he should move next to me and sit down. It is not my job to tell the dog what direction he should move to get into heel position (thus eliminating the many “get” commands such as “Get in,” “Get back,” “Get up,” and “Get off.”). I simply tell him to get into a position and he decides how to get there (but I do not allow him to circle around behind me). I also say heel to designate the action of maintaining that position while I am walking. Why do I use the same word for heel, the position and heel, the action?” The reason is that dogs are situational. The dog is able to understand the meaning based on the situation, whether I am standing or moving. I do not need another command.

A cue doesn’t tell the dog what to do, it simply tells him what is coming. You may find a few cues helpful such as “Hurry” and “Easy.” Both of these cues can be used to help your dog understand how to change pace.

Many people use ready as a cue to indicate to the dog that the exercise is about to begin. When the judge asks “are you ready,” the response is “Ready!” This doesn’t suit me. What if my dog does not get ready when I say “Ready”? I’m now in trouble as the judge is going to begin the exercise. When the judge asks me if I’m ready, I prefer to look at my dog and if he is attentive, nod or say “I am,” and if he is not, say “no” and then tell him to “SIT!” A firm sit command will get my dog’s attention (even if he’s already sitting), and then I can indicate to the judge that I’m ready to start.

No additional commands are necessary if you tell your dog to drop with a verbal command. He already knows how to come and how to down.

In novice, when you told him down he was at your side, and more than likely rolled on his side as he lay down. On the drop on recall you want him in a sphinx position. Don’t worry, you don’t need another command. Dogs are situational. He can learn that when he is in front of you he should drop like a sphinx and when he is beside you he should roll to his side.

Hold is not necessary. Fetch implies hold. Save the hold command for the dog that has a mouthing problem and needs to learn to grip the dumbbell.

Jump – jump indicates the first action the dog should make in a chain of events. If you named all the actions the dog will perform, you would say jump, fetch, come, jump, front. You may need all the commands when you begin teaching the exercise, but ultimately, the chain starts with the first command.

It is traditional to use a different command for articles than for a retrieve. The argument for using a different command is that “fetch” has always meant to retrieve promptly and efficiently. Using the same “fetch” command for articles may cause the dog to retrieve an article promptly without taking the time to scent until he finds the correct article.

Dogs are situational - Certainly, a dog can recognize that when faced with a pile of objects he should go slowly, and when faced with a single object he should retrieve promptly. However, if the dog seems anxious about the command “Fetch,” you might pick command word like “Search,” or “Find it.”

No additional commands are necessary. “Fetch” tells the dog to retrieve, a directional signal to the glove indicates which glove he should retrieve. It is not necessary to have a different command for every glove.

No additional commands necessary. The dog already knows a signal and verbal to stand. He can be told to swing into heel position with a heel command, or told to circle behind with the around command.

The “Go-out” command directs my dog to leave my side. He already knows the commands to sit and jump.

Likewise, a cue such as “look” used before directed jumping tells the dog that he should look out and find the location of go-out. You can give such a cue before the judge asks “Are you ready?”

It’s fun to teach a cue for exercises that your dog likes to do. Just as pet dogs all over the world know the sound of “Do you want to go for a walk?” Enthusiasm can be generated when you ask an obedience dog if he is “Ready to fetch?” or “Want to jump?” These cues are fun ways to motivate a dog during an open or utility class.

How long is your list? Could it be simplified?